A classic Gibson styled Varitone circuit mounted into a pedal so it can be used on any guitar.

Our Varitone Stompbox has 100% passive audio path, with a battery for the LED. Simple to use, within seconds you will have those classic tones at your toes. Explore a little deeper and you find a wide range of filtering to give you some authentic 60’s sounds and more. Including the Gretsch nasal tone! 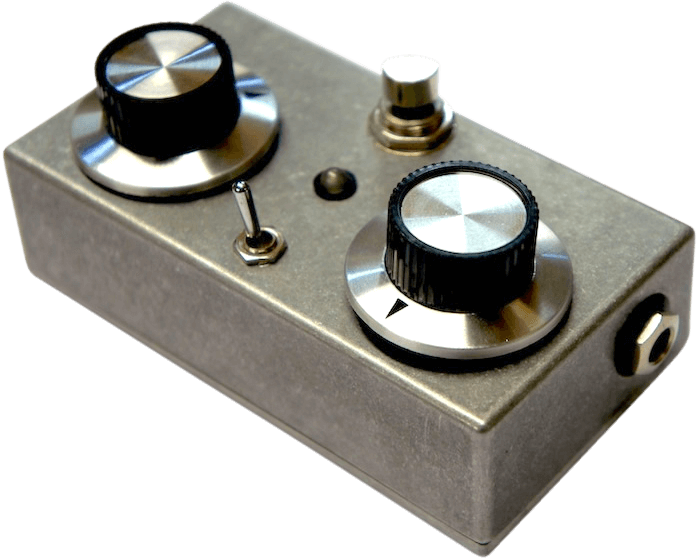 The Varitone Stompbox works best placed before any other pedals – think of it as an extension of your guitar’s tone controls.

Through painstakingly auditioned capacitors, we’ve arrived at a great all rounder which brings greater range to the classic Gibson Varitone to suit all passive guitars whether is a singlecoil or a humbucker! Not only does this pedal feature the best components it’s authentic to the real Gibson ones. I use the correct spec inductor coil (or choke) to give it *that* tone – it just doesn’t sound the same without it (Many other brands don’t even have a choke.) The 9v battery is only for the LED. Crammed with useful sounds, expertly wired, and tailored through rigorous testing – it’s finally arrived.

*For passive instruments only – to be placed before a buffer

You can find out more about which cookies we are using or switch them off in settings.

This website uses cookies so that we can provide you with the best user experience possible. Cookie information is stored in your browser and performs functions such as recognising you when you return to our website and helping our team to understand which sections of the website you find most interesting and useful.

Strictly Necessary Cookie should be enabled at all times so that we can save your preferences for cookie settings.

If you disable this cookie, we will not be able to save your preferences. This means that every time you visit this website you will need to enable or disable cookies again.